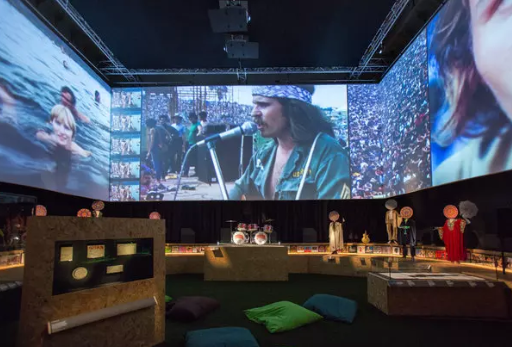 In the 1960s, pop culture acted as an avenue in which messages and calls for change were often referenced. This helped fuel the fire of the cultural revolution which gave the decade a defining characteristic. Afterwards, entering the mid 1970s and early 1980s, conservatism was regaining its strength after the long stretch of liberal advocacy, leaving the lasting legacy of the 1960s to be wavering (“Another Dream for America: The Conservative Vision”). However, today the cultural revolution and its involvement in 1960s popular culture is remembered well. Both their importance to the era at that time as well as to the one today are widely recognized in multiple ways. 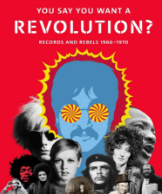 “We are looking at how those revolutions actually fed into what was overall a change in people’s outlook, an I think the key thing for that is that people in this period no longer thought that the establishment or authority ought to tell them what was best, that they would from that point on would make their own minds up and that is the world we have been living in since”(Allsop)

This exhibit in particular is able to give its viewers the ability to answer the question regarding the legacy of the 1960s cultural revolutions and its effect today. This era brought about the legalization of homosexuality, the equal pay act for women, and the divorce reform act, feeding into a more liberal climate. Reforms brought about in the 1960s got the ball moving and continued to provoke people to fight for change. In the 21st century there has been the legalization of same-sex marriage in all 50 states in 2015 and continued fights for women’s rights within a new context. Much of what the nation is like today is in part to the developments and the revolutionary ideas that the sixties brought and encouraged. This relationship is both understood and respected and exhibits like these help to remind what influence the culture of the 1960s has on today’s society.

Pop culture moments of the 1960s also continue to be analyzed for both their meaning and role in the era. Successful documentary series such as CNN’s The Sixties and 1968: The Year that Changed America do just that, affirming the importance of these moments to the era. Episodes such as “Television Comes of Age,” “1968,” “The Times, They are A Changin,” and “Sex, Drugs and Rock N’ Roll” each highlight the development of pop culture and how it expressed the changes and movements occurring at the time. The episodes also explored how these expressions affected both the 1960s and today’s society. The CNN’s documentaries were presented on a large platform as views were high. CNN earned a No.1 program rating for cable news the night its first episode of The Sixties had aired. CNN finished second with 1.4 million total viewers for all of the season, a 312% increase compared to the prior 4 week average (Maglio). With thousands of people being reminded about the changes that came in the 1960s, attitudes which aid in giving the era a label of effective and long lasting revolution are strengthened.

Movements of the 1960s continued to be remembered in the places that they occurred. 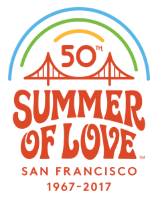 “Another Dream for America: The Conservative Vision.” The Sixties in America Reference Library, edited by Sara

“V&A · About You Say You Want a Revolution? Exhibition”. Victoria and Albert Museum.

“Your Guide to the 50th Anniversary Celebration of the Summer of Love”. San Francisco Travel.